In the afternoon we visited the BMW manufactory in Leipzig. There we had a two hour guided tour through the manufacturing halls. The tour was mostly focused on the assembly of the BMW i3, an electric car by BMW.

It was really interesting, since the majority of the assembly process is fully automated using robots. Watching them doing their work so precisely is fascinating. 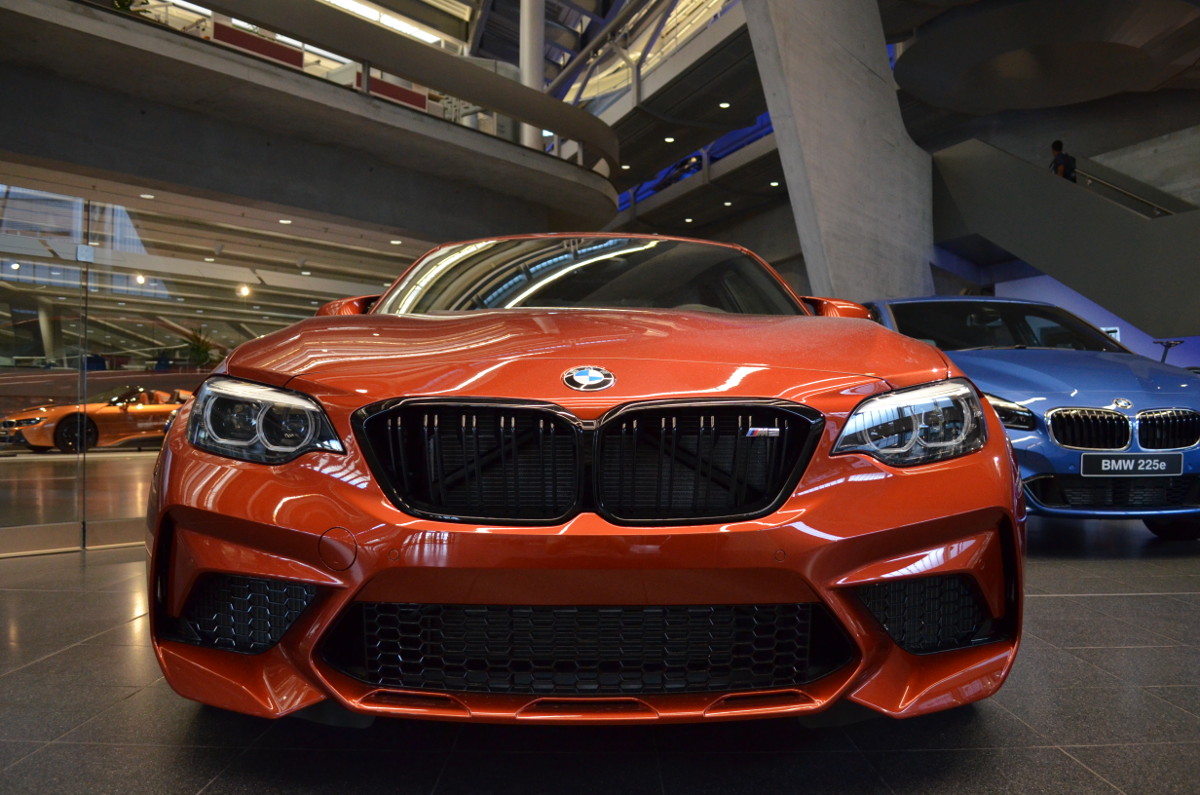 Another focus of the tour was the minimization of the plants emissions and usage of disposable materials during the manufacturing process.

There are four big windmills on the manufacturing side, which generate 100% of the energy needed for the manufacturing of the BMW i3. They are supported by a big battery farm out of used car batteries to reduce load fluctuations.

And since the manufacturing of an electric BMW does not include welding inside the plant, because the parts are mostly glued and screwed together, the risk of an fire inside the plant is heavily reduced.

Therefore are part of the plants furniture is made out of wood, for example the fences around the robots.

Most of the upper parts body of the electric cars is made out of carbon fiber reinforced polymer. That material is way more lighter than the same amount of metal. That was shown to us with two boxes, one containing metal and the other one the same amount of carbon composite. Everyone could carry them around and feel the difference in weight.

The final part of the tour was a press putting the carbon composite parts into form. 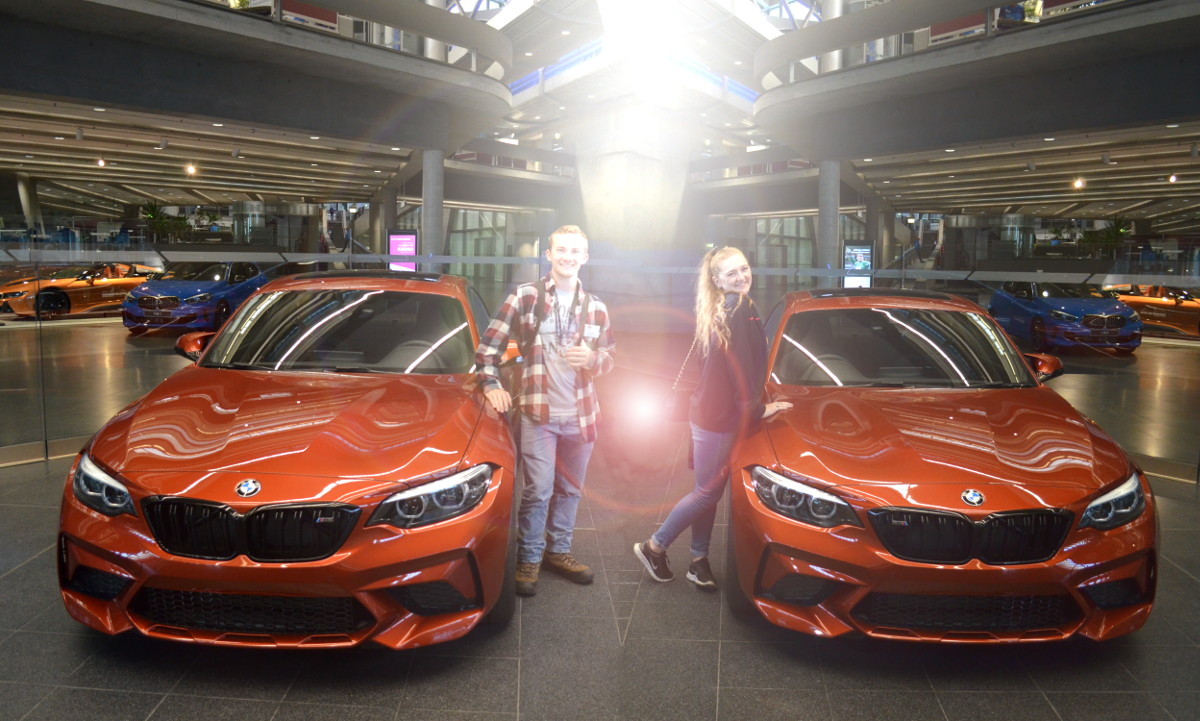 Last but not least, if you do not own a driving license or cannot afford a car by BMW, you might still get a BMW bicycle there. 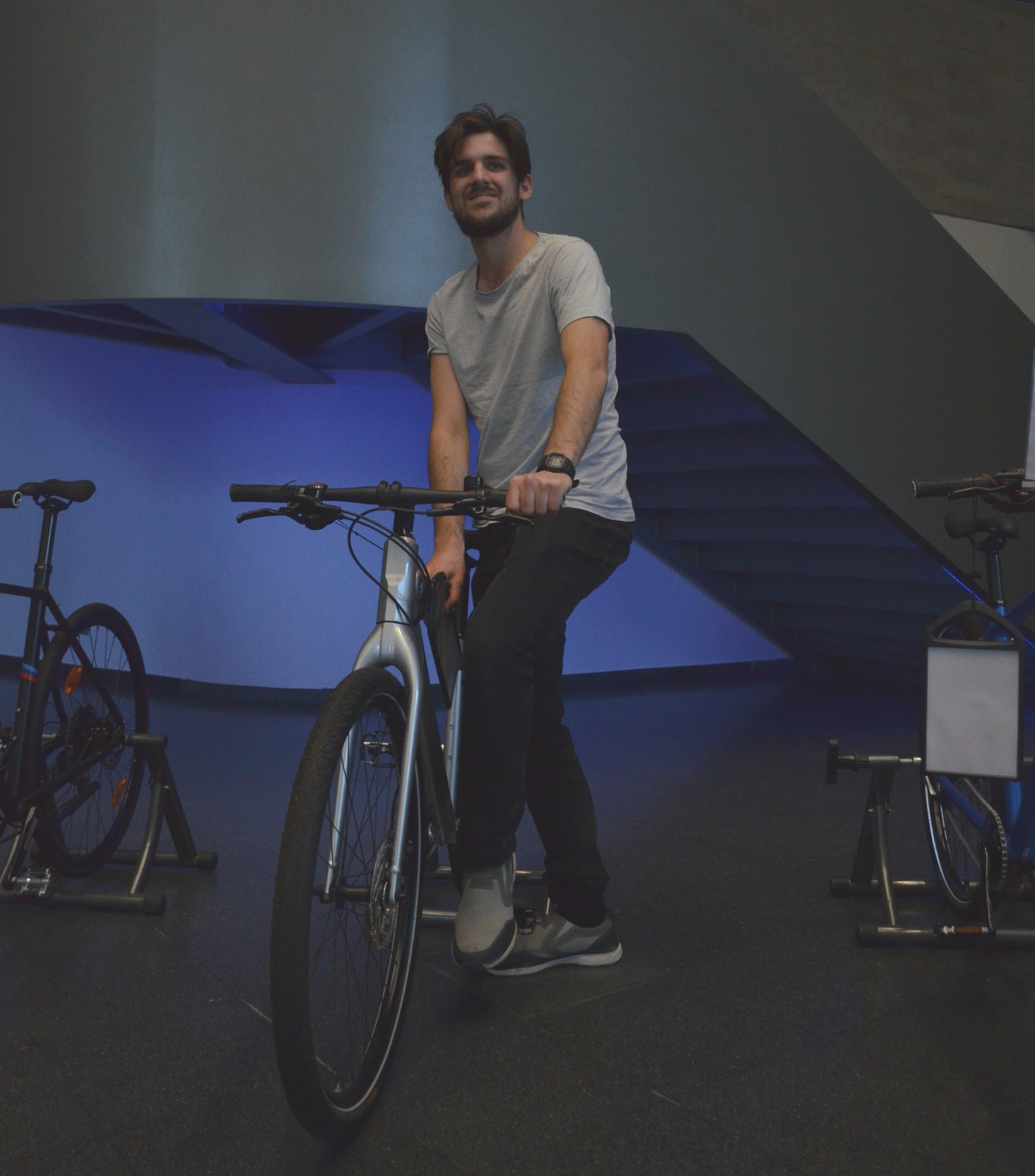