At Monday morning we got a guided tour through the BSZET Dresden. It was really interesting for the American students to see some classes at the German school for the first time.

But also the German students followed the guide with curiosity. Most of them were already in the school for more than two years, nevertheless it was the first time for them to be introduced into the schools many laboratories of different professions.

The tour started in the basement of the school at the hydraulic labs. The two German students, who already had traveled to Columbus in the fall of 2018 still remembered seeing the American counterparts at the CSCC.

During the tour the hydraulic labs were occupied by an vocational training class. That was good, it gave the students a change to watch the components of the laboratory in action. 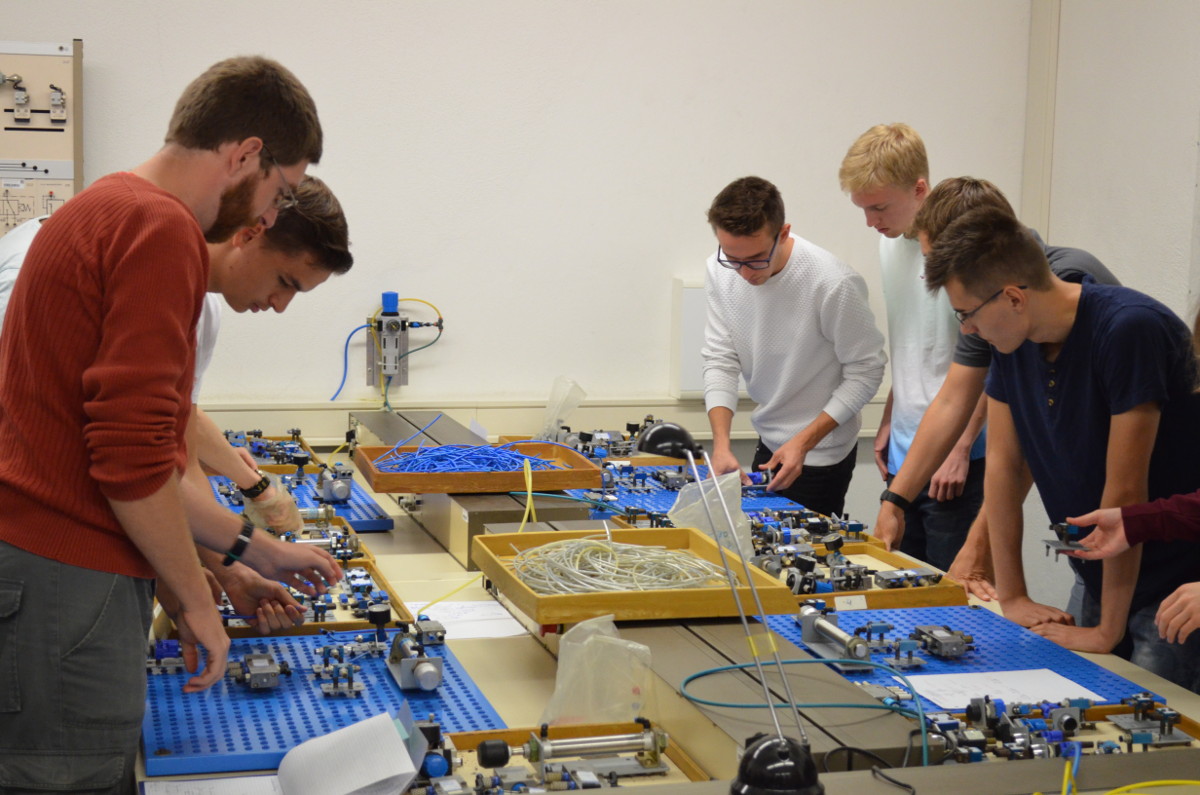 The next part of the tour was in another building of the school, so the students had to pass the school yard. Certainly it was raining on that day.

The next stop on the tour were the automation laboratories. Undoubtedly the best equipped facilities of the BSZET. 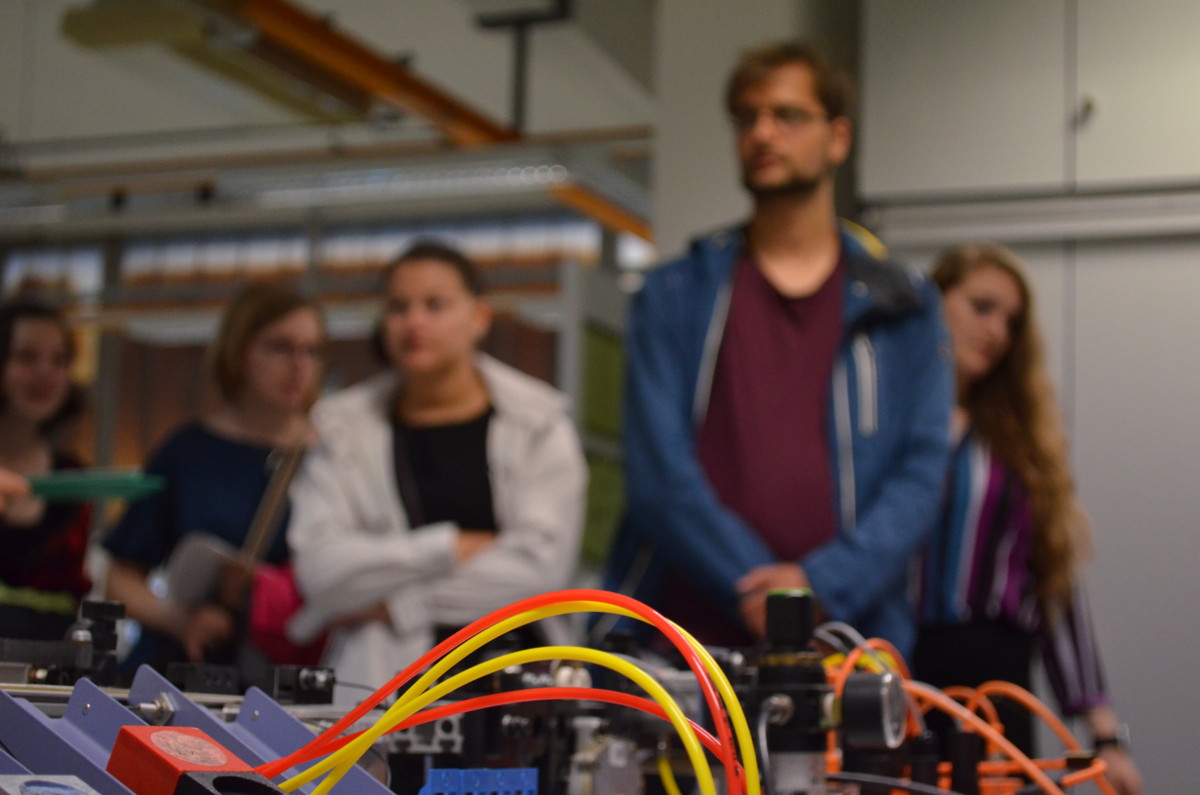 The final parts of the tour were the electric labs. At first we got a short introduction and then watched a vocational class checking some electrical devices. 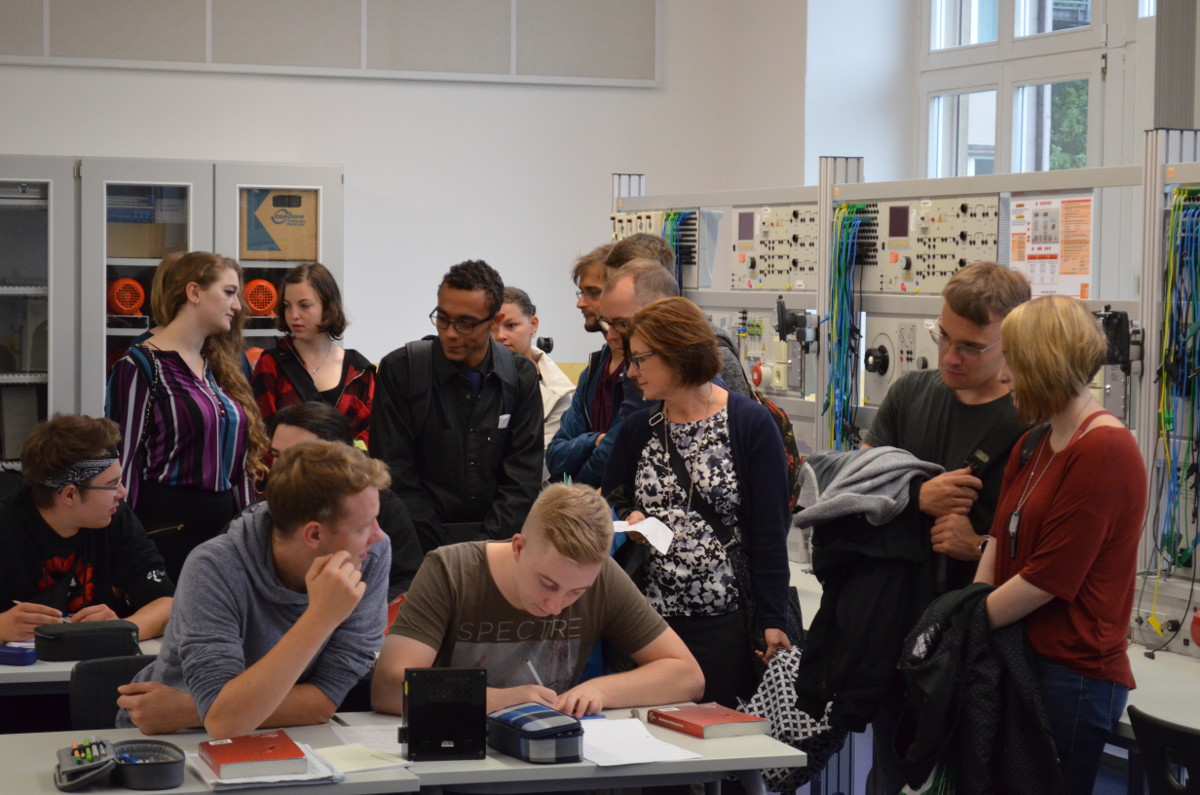 After the introduction, one of the German teachers guiding the tour - Mr. Ridsdil, gave the students a small task to solve in mixed groups of two, one American and one German student. 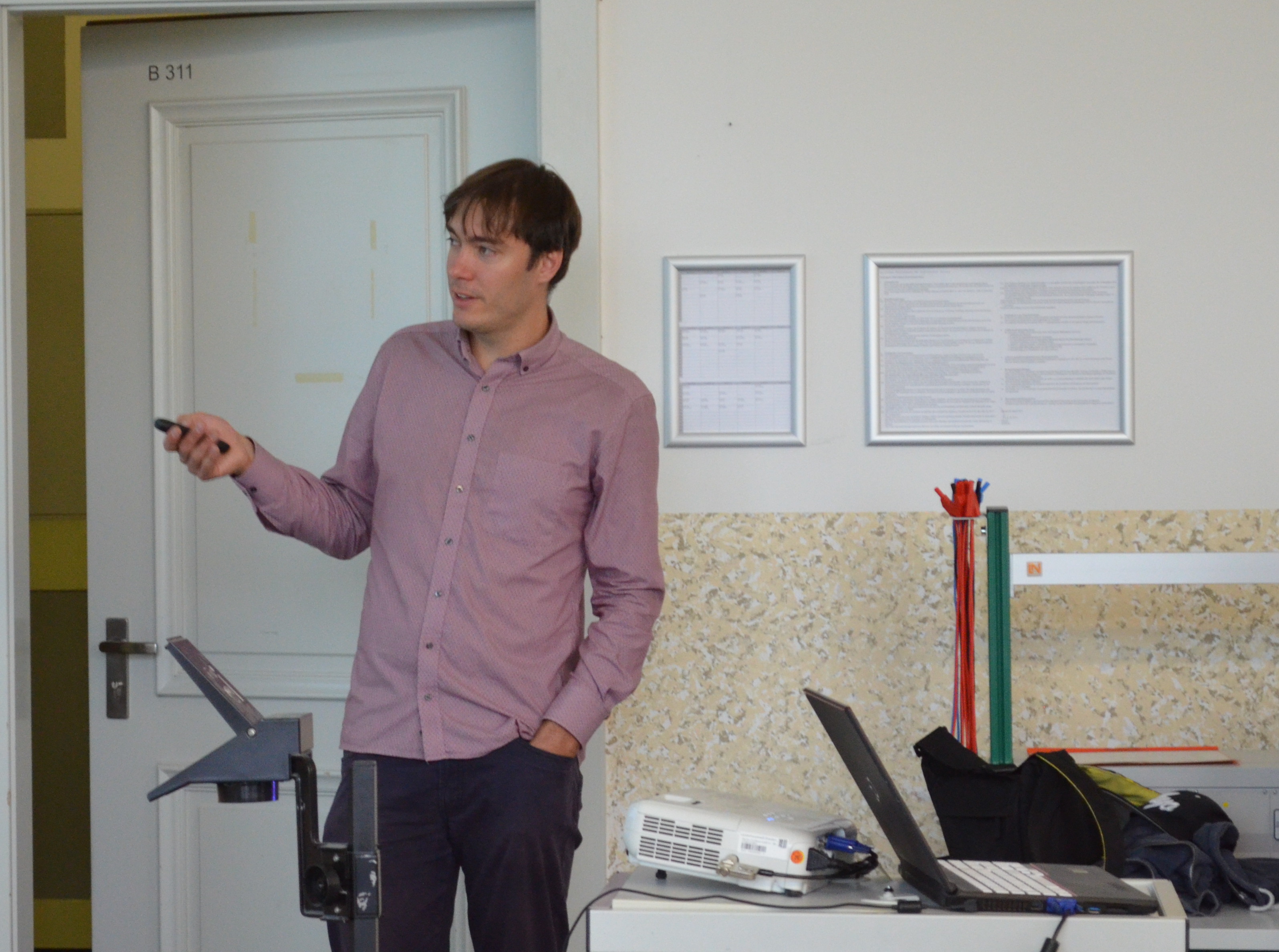 Half of the assignment was written in German and the other half in English. The assignment begun with a theoretical introduction into the task. It was about measuring and visualizing the charging and discharging process of capacitors.

Finally the student got to do some handiwork - building the circuit and the measuring out the capacitor. 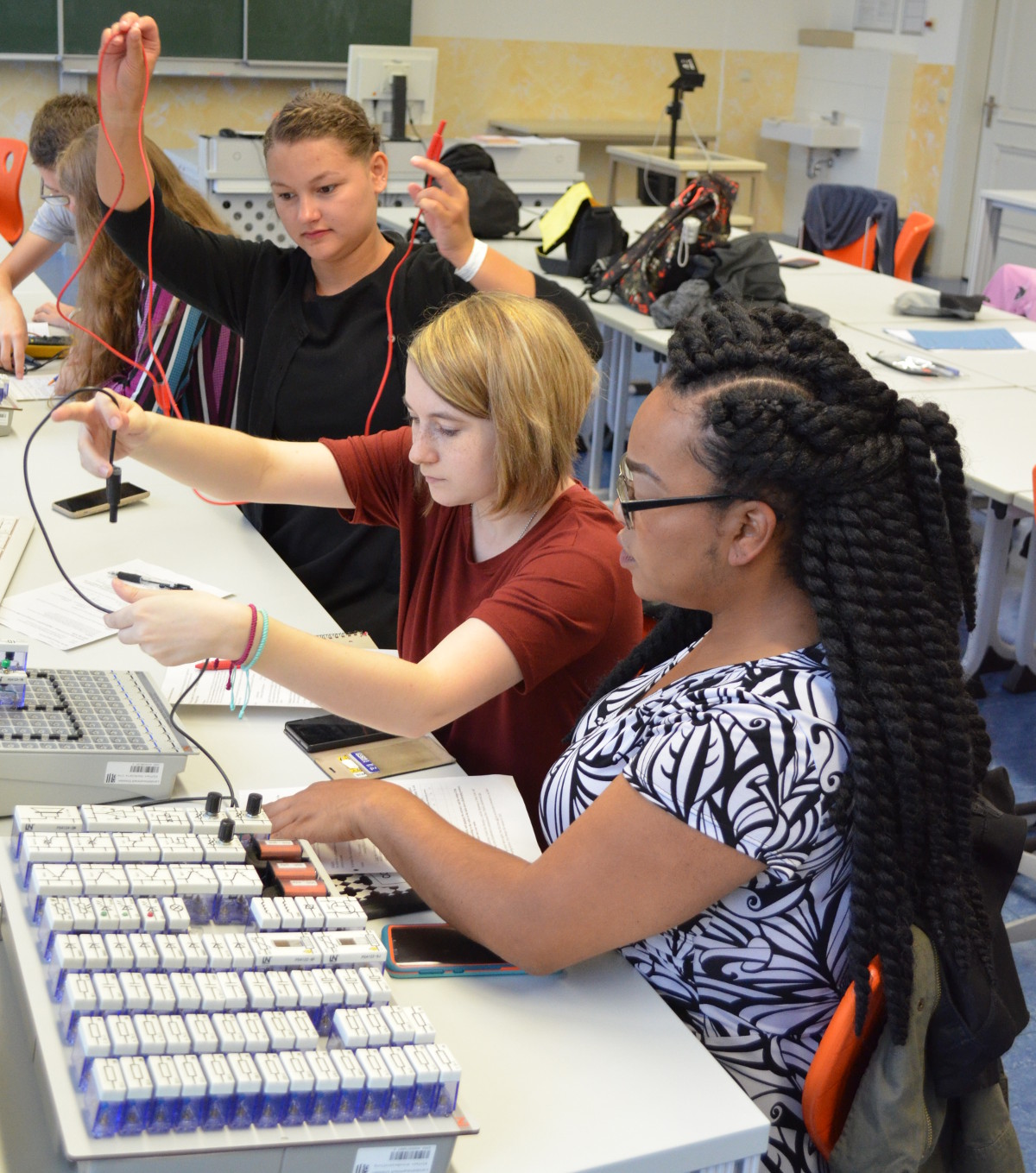