In the afternoon we had the honor to meet Dirk Hilbert - the mayor of Dresden. 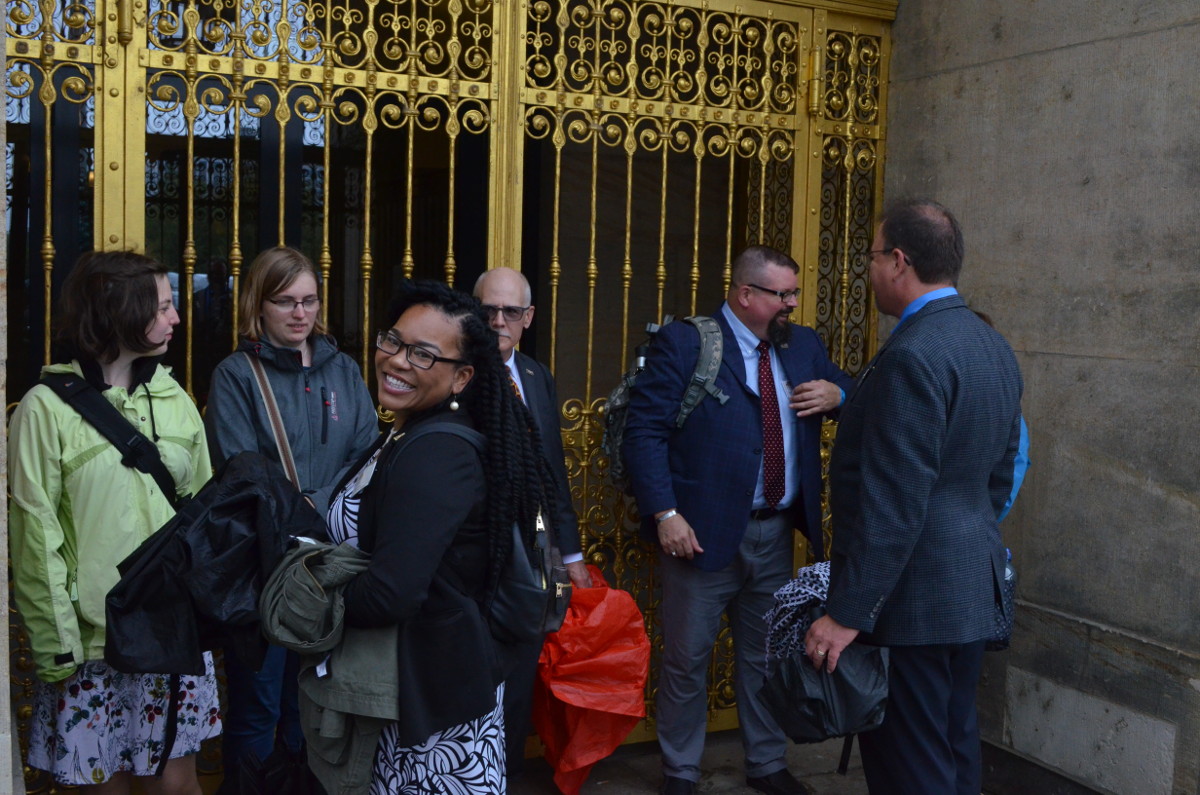 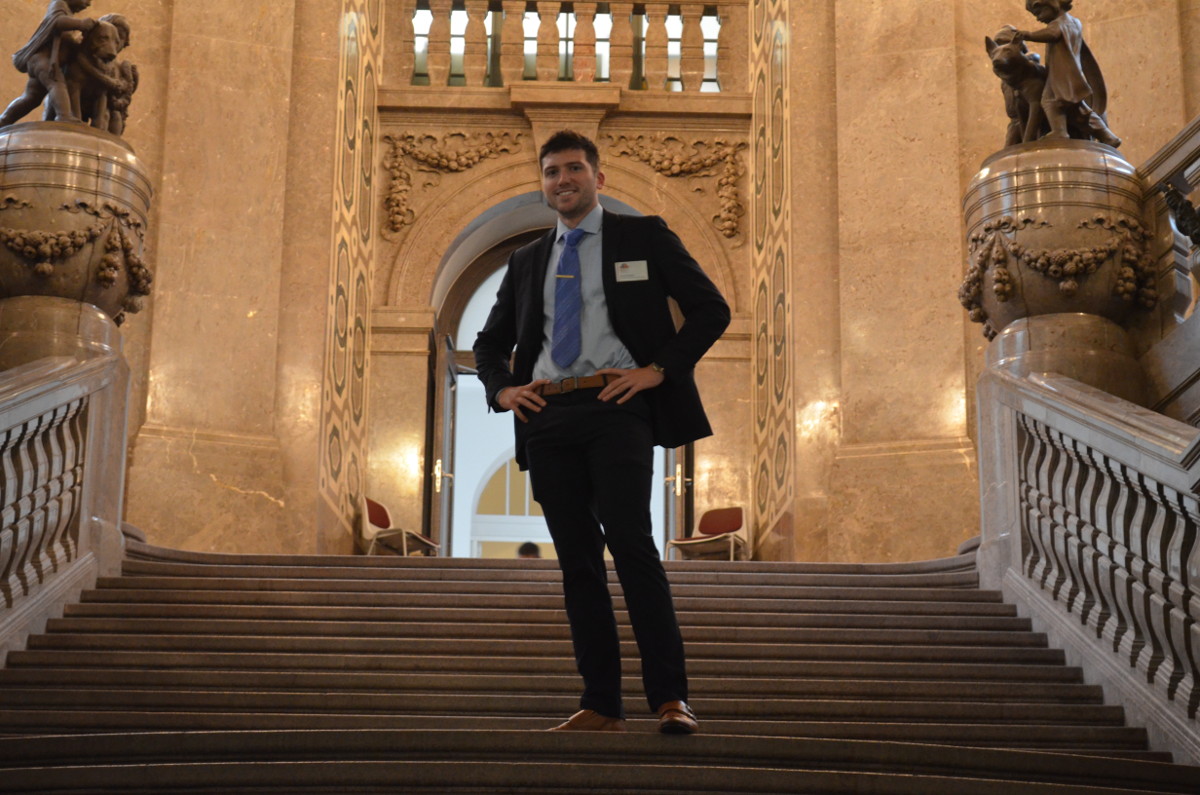 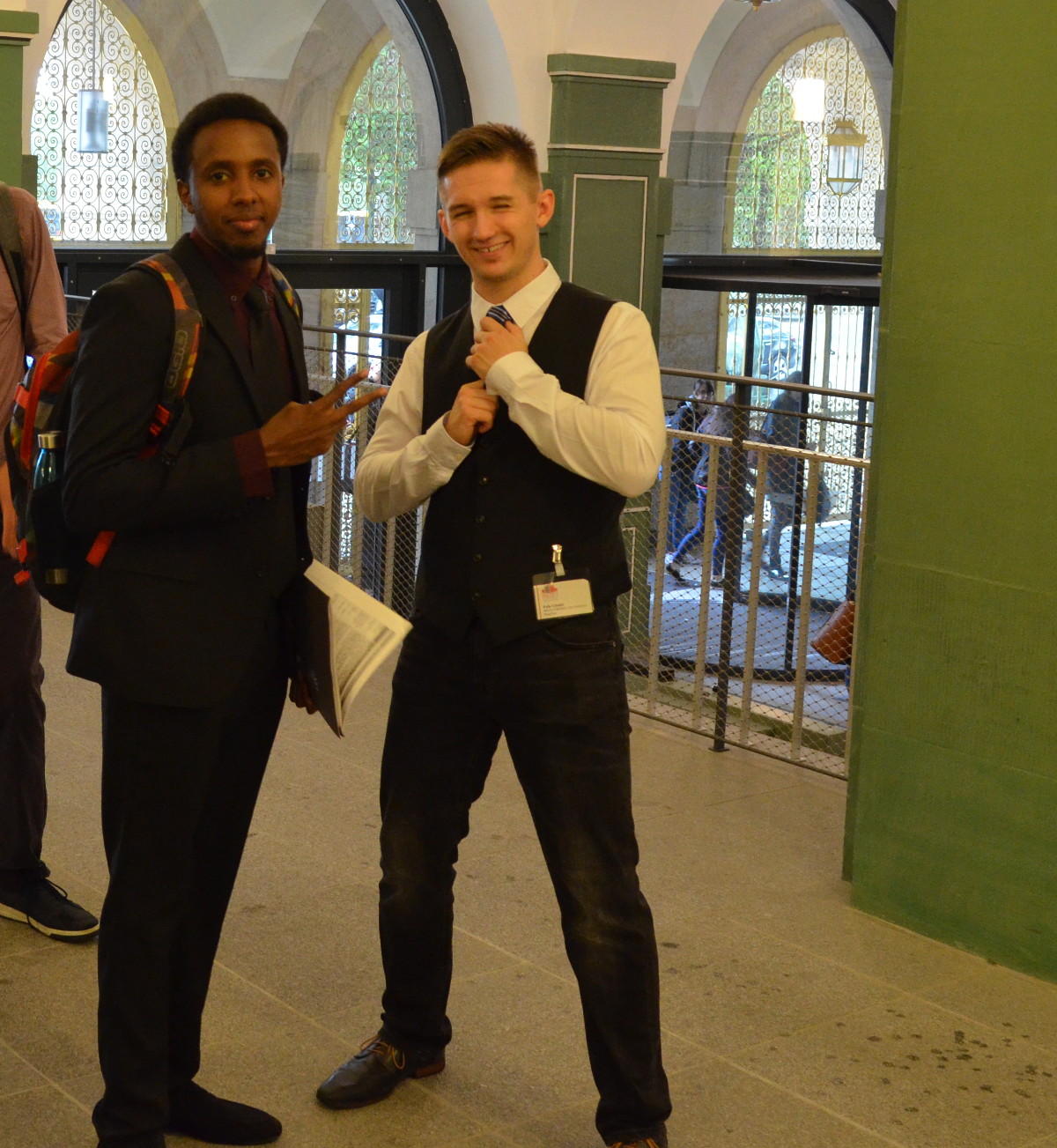 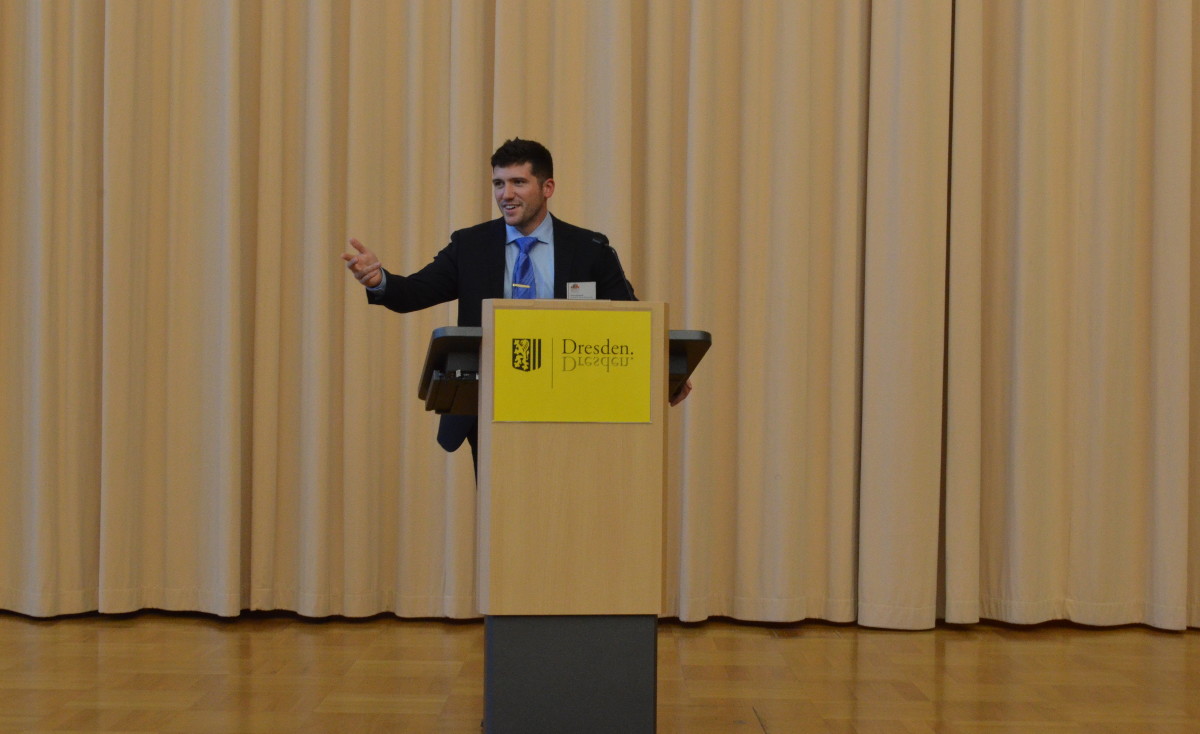 At first we had a guided tour through the city hall. A niece lady showed us some of the buildings room and told us a little bit about the history of the city hall.
One hall in the building still had all the ballots from the vote count after the recent state election in Saxony.
Of course, all of the students dressed nice for that occasion. Some even wore full suits. The last stop before visiting the mayor was one of the bigger halls for a group picture. 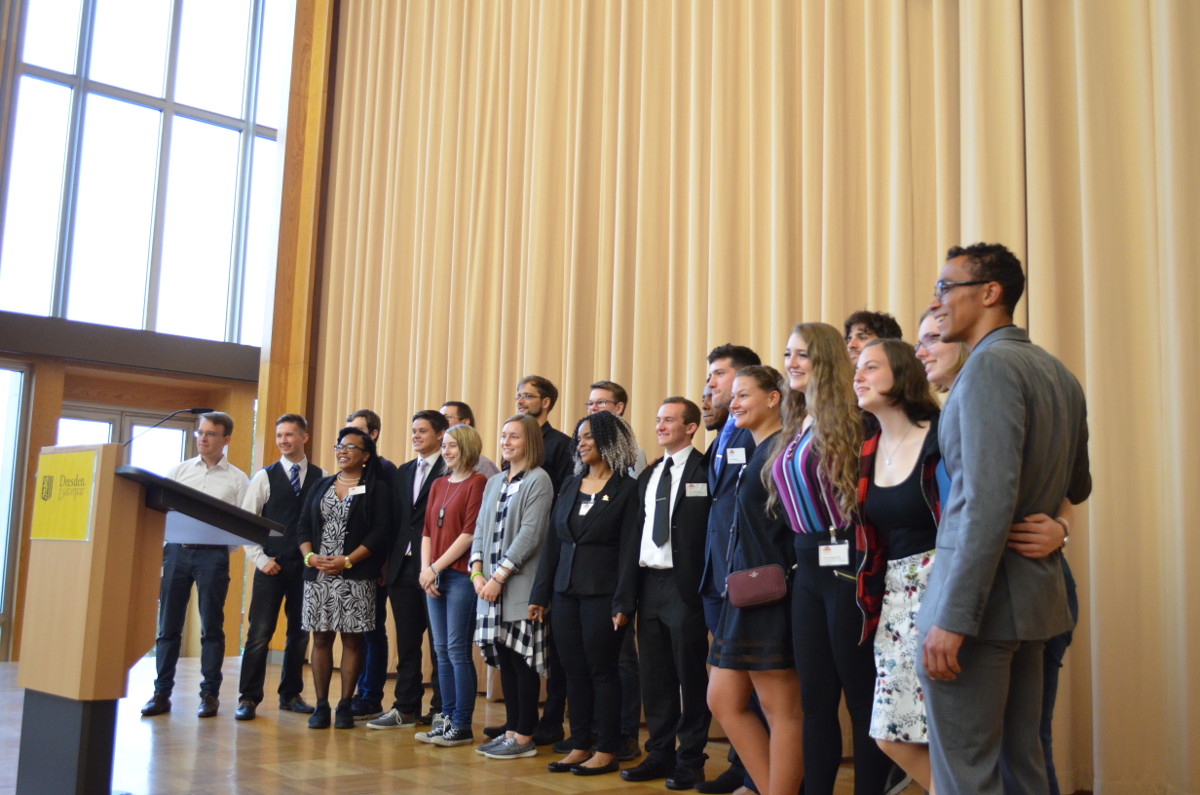 Finally we met Mr. Hilbert. Together with Paul Carringer and Mr. Peschke, the principal of the BSZET he gave a short speech to our group.

The mayor talked - of course in english - about the relationship of the two partner cities and the reasons for funding the student exchange program. 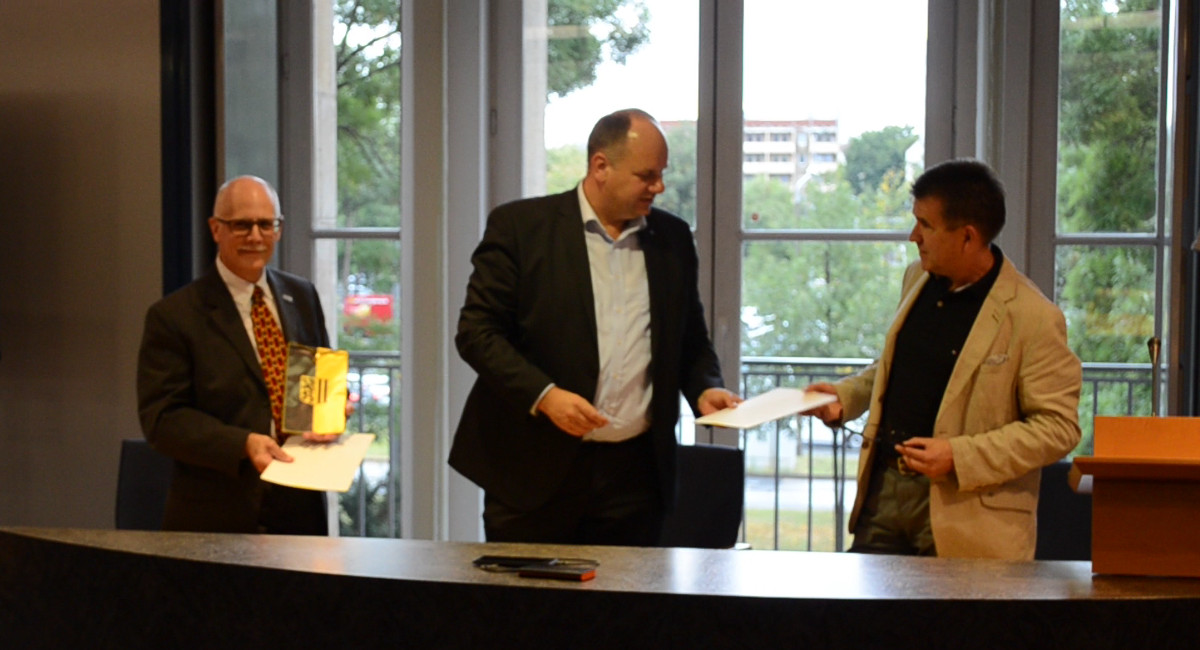 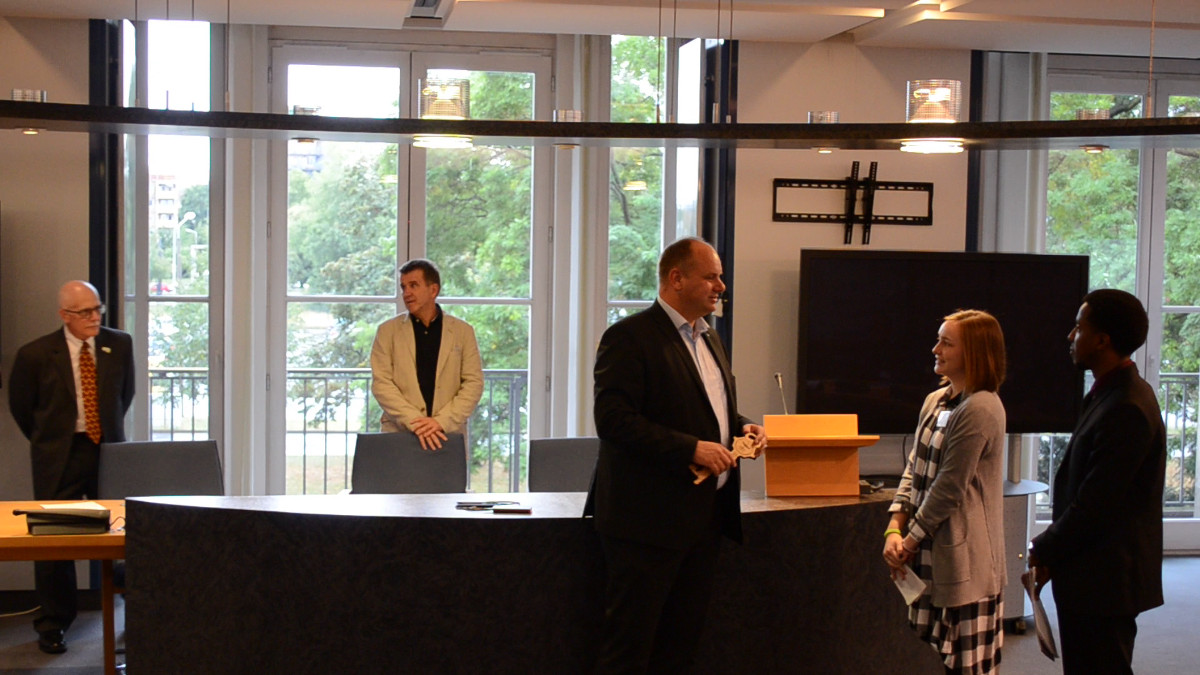 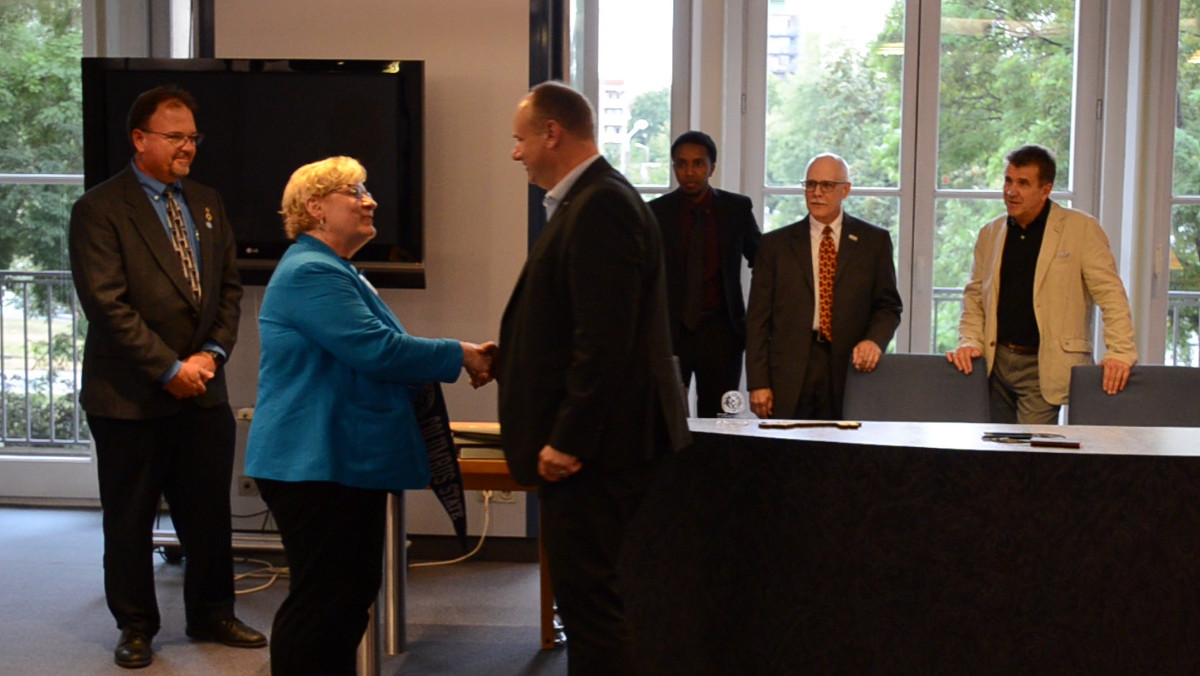