I would like to start by clearing up a few prejudices about Germany.

Americans are often described as harsh and unfriendly, but the first meeting with my room mate for the project showed me a completely different picture. She was friendly and totally adorable. She immediately welcomed so warmly that I was literally overwhelmed at first, but that was not just an exception, all the other students were so kind too. That was not what I expected. So I would say that this myth was soon busted.

Talking to Kacie, she told me that the American exchange students had attended a preparation course for this trip and a few prejudices came to light that I just had to laugh at.

Among other things, they were told that we Germans were very serious and hardly ever laughed or that our food portions were tiny. Her first thought when she heard that was, she’d starve to death! But anyone who ordered a pizza at L’Osteria on the first evening can confirm, that the small portions were just a myth. 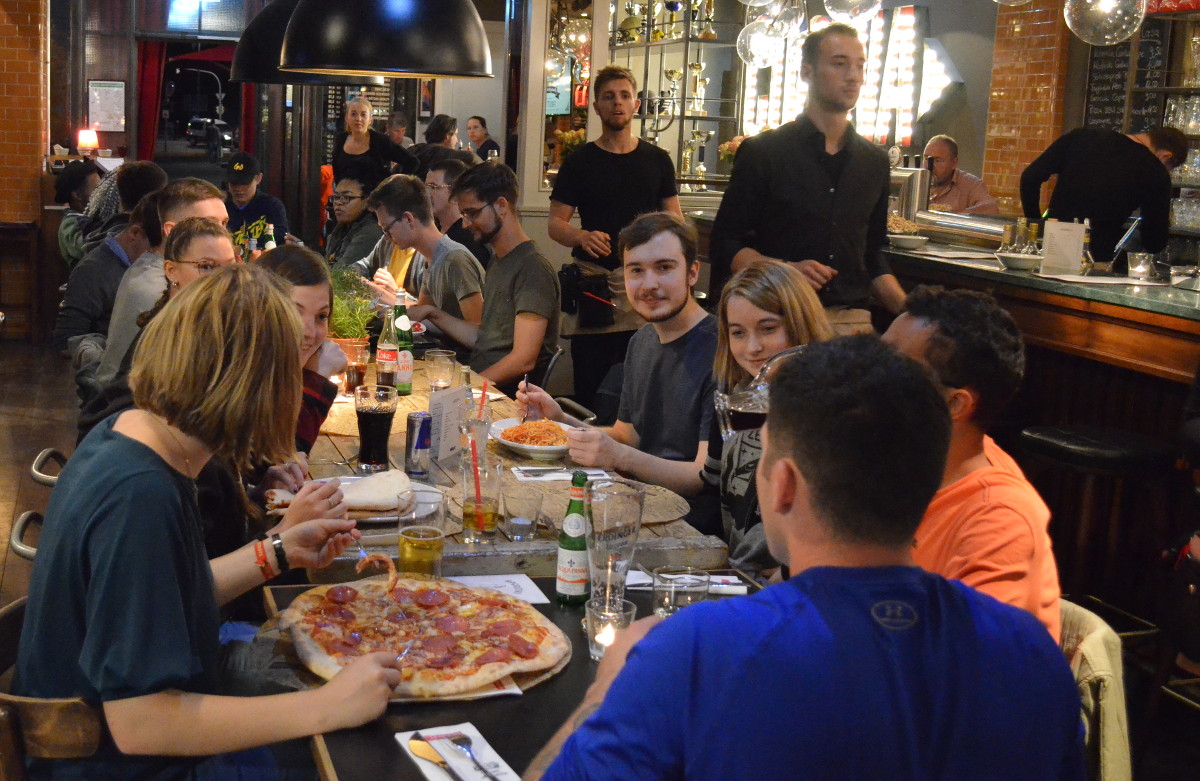 Last but not least my favorite prejudice was that the Germans use their bedding like sleeping bags and you have to crawl into it for sleep. Some of the American students even tried that.